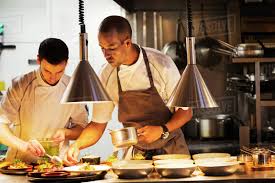 It is believed that the custom of dining in began in the monasteries, was adopted by the early universities, and later spread to military units when the officer’s mess was established. British officers of the 19th century were drawn from the aristocracy, and while they considered themselves gentlemen, they were not necessarily men of means; third and fourth sons had little chance of inheriting title and lands under primogeniture. While the pooling of resources may have been out of economic necessity, the regimental officer’s mess maintained the social stratification of English society and ensured that the traditions of gentlemanly conduct were maintained and inculcated to junior officers. The primary elements are a rigidly formal setting, espirit de corps and the camaraderie of peers, a fine dinner, traditional toasts to the head of state and military services, martial music and the attendance of honored guests or speakers. Today, although the purpose of a dinner may be to observe an appointment, promotion, retirement, or some auspicious occasion, a central theme of such events is a ceremonial focus upon the history of the host organization.

While the tradition of having a piper at high table may have it’s origins in the clan system in Scotland & Ireland, the formal dinners and dining in ceremonies as we know them today are directly attributable to the traditions of the officers mess in the British Army and Royal Navy. Originally fife & drums or trumpeters were employed to sound the calls; as Highland regiments were organized, pipers were employed not only for this purpose, but to celebrate great battles and victories in the history of the regiment and to memorialize their dead, quite in keeping with the Celtic bardic tradition. It should be borne in mind that originally Army pipers were outfitted and paid not by the Exchequer but exclusively by the officer’s mess; without their patronage, modern Highland regiments wouldn’t have ever had pipers, and without the Army to maintain and build upon this tradition the great Highland bagpipe would be about as familiar to most people today as the zampogna.

When a piper is requested to pipe the calls and the music at a formal dinner, you might be engaged to perform throughout dinner; to provide a limited performance such as pipe in the head table, pipe the lament and/or pipe in the port; or to simply pipe in the head table and depart. While there are many different traditions associated with formal dining, the following are some of the customs associated with piping a formal dinner. You may be requested to perform some, all, or some variant of any of them on occasion.

Such affairs are invariably formal, requiring black tie, occasionally white tie, or full parade regalia. Miniature decorations and medals are worn. If flying a pipe banner, ensure that the drone cords and/or ribbons are to the left of the banner; i.e., not over the regimental crest. If there is more than one piper, the banner is traditionally flown by the ranking piper present, who will lead the detachment, formed up in order of rank or seniority.

The seating arrangement at the head table is always based on rank, seniority and status. The host sits in the middle, the next senior person (or guest of honor) to his/her right, the next senior person to his/her left and so on, until all are seated. The senior-ranking member of the mess is the head (or “President”) of the mess dinner and sits in the center. The President of the Mess may appoint a second (“Mr. Vice”), usually the junior officer of the mess, who will be in charge of planning, and who usually occupies the seat farthest from the host, sometimes on the far right, sometimes at another table. Officers take precedence over civilians. If a guest speaker has no rank or status, he/she is positioned as close to the center (right of the host) as possible without offending rank precedence. Chaplains are usually included at the head table, usually at the far left of the President.

15 minute and 5 minute warning calls are usually sounded to alert the guests that dinner is about to be served, and may be provided by a piper. When piping warning calls a short up-tempo tune is required but no specific title may be prescribed. In some regiments it would be the Officers Call (e.g., “All the Blue Bonnets Are O’er The Border”). A naval tradition is to ring “six bells” (19:00) on a ship’s bell for the 15-minute warning (if dining at 7:15 PM, of course). Dinner may be signaled by a brief pipe tune (“Brose and Butter” is a traditional one), followed by the host or master of ceremonies announcing, “Dinner is served!”

The guests (except the head table) will proceed into the dining room and remain standing behind their chairs; the closer to top table, the higher the rank or seniority. You may be requested to pipe in the guests. The head table forms up in order of seating, led by the host and the principal guest. When cued, lead the people of the head table into the dining room playing an appropriate tune; “Roast Beef of Old England”, “A Man’s A Man for all That”, “Prince of Denmark’s March”, or the regimental march. If space permits, parade counter clockwise around the room. This is particularly important when flying a drone banner. The regimental crest on the obverse of the banner is always displayed first. When everyone is in place, continue to march, and finish playing at the halt near the dining-room entrance. At a signal from the host, stop playing and remain at attention until grace has been said. If you are not to provide the music during dinner, march from the room after grace is said.

An honor guard may post and retire the colors; as a piper you may be requested to pipe them in and out. As the American and Canadian national anthems cannot be properly played on the pipes, other appropriate patriotic tunes must be selected. If you march in with the color guard, make sure that you’re well rehearsed in their drill first; they march in close order with wheeling movements to change direction. Of course, if not playing stand at attention with pipes down for the National Anthem(s). If you’re flying a drone banner, watch the color guard and drop your bass drone from horizontal when they dip the colors.

In some military and veterans organizations it is customary to remember comrades killed in action, sometimes with an empty place setting, sometimes with a small table before the head table. You may be requested to play a lament in their memory. “Flowers of the Forest” is traditional, but other laments may work equally as well if the host has expressed no preference.

Piping in the Beef

In some traditions, the main course (traditionally beef) is ceremoniously piped in to the head table (or “Mr. Vice”), which will sample it and formally announce it fit for consumption. “Roast Beef of Old England” or “A Man’s a Man For All That” may be used if not played previously to pipe in the head table. You may pipe the beef out as well.

Piping in the Haggis

If haggis is served (such as a Burn’s Dinner), pipe the haggis to the head table to “A Man’s a Man For All That”. Stand at attention for the recital of Burn’s “Address to a Haggis”, and participate in the toast to his “immortal memory”. Pipe the haggis out to “Neil Gow’s Farewell to Whisky”.

Wait until all at the head table has been served before beginning to play suitable selections intermittently throughout the main course. A piobaireachd is often considered customary. If parading around the room, it is customary to start “widdershins”; counterclockwise. If flying a pipe banner, it may be appropriate to countermarch as well, in order to display the unit crest on the obverse side. Prior to the port wine being served, the host/delegate will signal you to stop playing.

Piping in the Port

An old custom is the piping in of the port wine for the Loyal Toast. After dessert and coffee are served, tables are cleared except for the table decorations and wine glasses. No special music is required, but it should be short and appropriate. On cue, lead the wine stewards into the dining room, positioning yourself at a predetermined spot, and continue to play until the wine is about to be sampled and declared potable by the host. Sometimes the piper will play as the port is passed down the tables as the guests charge their glasses. Remain at attention until the Loyal Toast is drunk and then march from the room, unless required to stay for the Toast to the Corps.

If a Commonwealth dinner (or if UK guests are present), you may be requested to play “God Save the Queen” before the Loyal Toast. The person proposing the toast will ask everyone to stand and join him in a toast to the Queen. The member will then raise his/her wineglass shoulder high and say: “The Queen”. The assembly will respond: “The Queen”.

Toast to the Corps

You may be requested to play the regimental march prior to a Toast to the Corps. Unfortunately, the only American regimental marches that “fit” well on the pipes are the “Marine Corps Hymn” and “Semper Paratus”.

At the conclusion of your performance, the host may offer you (or the lead piper) a quaich containing a dram (about 3.5 ml) of whisky. Stand to the left of the host. Taking the quaich in both hands, hold it shoulder high and face the head table. It is traditional for the piper to toast the head table (Sláinte! “to your health” in Gaelic; phonetically Slanjer or Slanja), turn to the company and offer a formal toast. Following the toast, you’re expected to drink the whisky in one draught, toast the company (Sláinte!), and flip the cup over and kiss the bottom. Following the ceremony, take your leave of the head table and march from the room. Unless you’re Gaelic is very good, you’re probably best off offering your formal toast in English.

The traditional Pipe Major’s toast of the Liverpool Scottish might be adapted to a range of events;


Good health, health to the Queen

Health and success for ever

to the Forbes lads

At the conclusion of the dinner, you may be requested to play the National Anthem. As neither “The Star Spangled Banner” nor “Oh Canada” can be played successfully on the limited tonal range of the pipes, play “America the Beautiful” or “Maple Leaf Forever” instead. Of course, if not playing stand at attention with pipes down for the National Anthem(s). If you’re flying a drone banner, watch the color guard and drop your bass drone from horizontal when they dip the colors.

Duty Tunes of the 48th Highlanders of Canada

“Flowers of the Forest”

(Every day that I see you, or that I don’t see you, the 48th forever! Health to the Queen! Great good health! Health!)

A Pickle of a Tradition – Christmas

How to Build a Home Business With Incentive Vacation Certificates